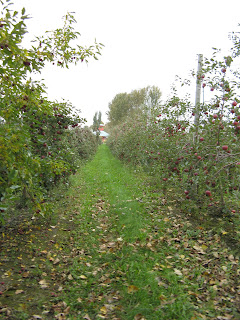 Field trip day at the language school. We all went to "un verger des pommes" or an apple orchard. It was actually my very first time in an apple orchard. What did I expect before going? The apple orchard that Anne of Green Gables was picking in when Gilbert wandered down the lane to ask her to walk with him for the rest of his life, of course! But it wasn't at all like that. The trees were very short which I guess makes it much easier to pick. 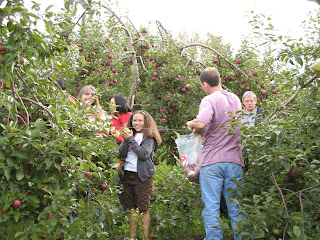 I helped my neighbors David, Brenda and Tabitha pick a couple of apples for their bags. 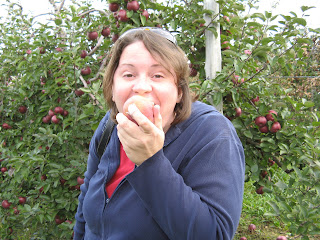 Then I actually ate TWO apples...more than I've eaten in two years at least! And I asked myself why don't I eat apples? They taste pretty good....but after working the skin out of my teeth for the next couple of hours I had at least one reason why I'm not particularly fond of apples. But I digress, I had fun taking pictures with my language school buddies. 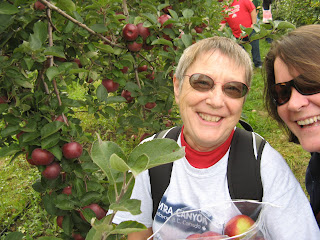 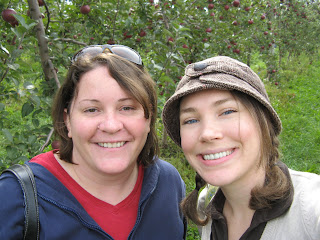 Georgia Girls - Katye and I
We had a good time singing the apple song, eating crepes and apple sauce and apple juice and then a piece of apple pie...after all that I'm appled out. Who's up for the pumpkin patch? 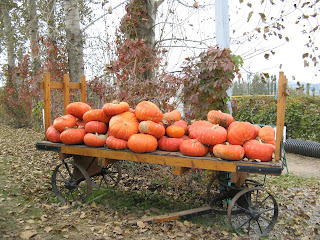 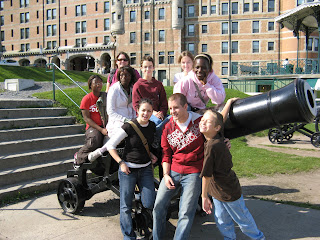 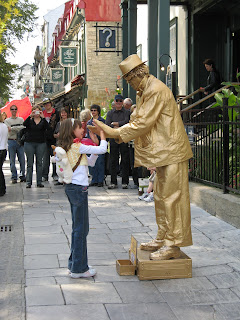 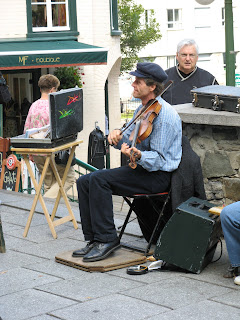 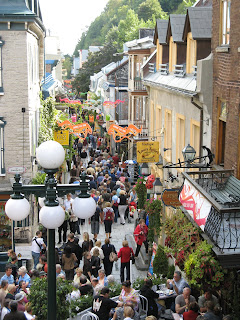 thousands of people out enjoying the beautiful day 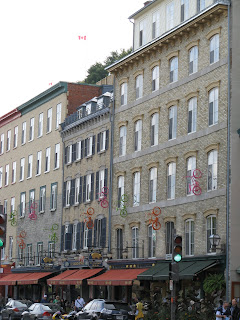 notice the bikes attached to the side of the building...part of the decorations for the 400th birthday celebration 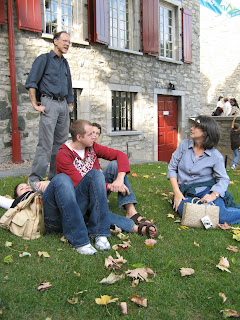 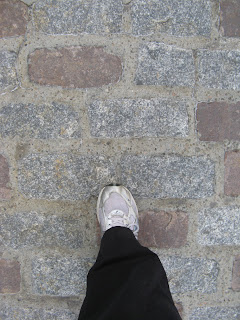 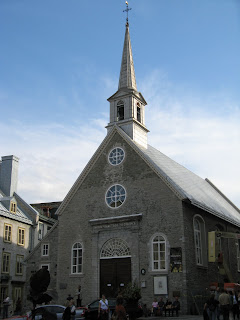 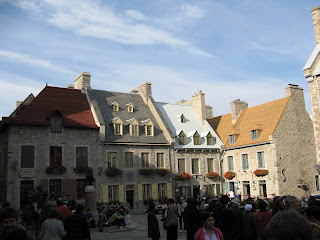 love these roofs
30 dolls that fit into each other...the smallest one was very tiny 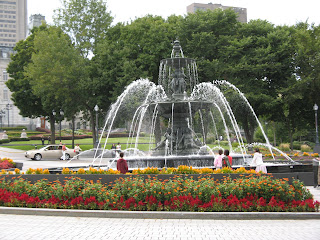 the city is filled with beautiful spots just like this one 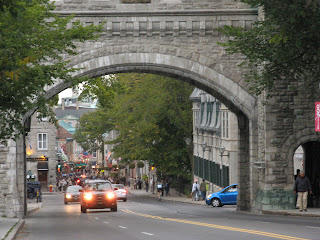 a look back into Vieux Quebec just before leaving

On Saturday I got the chance to go to Quebec City. It was a perfectly gorgeous day! A crisp autumn breeze to cool us, as all eleven of us explored the old city. We started on the Plains of Abraham and walked our way down into the old city stopping to watch street performers along the way. What a lovely day! 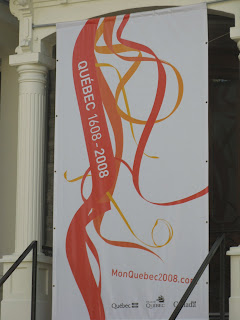 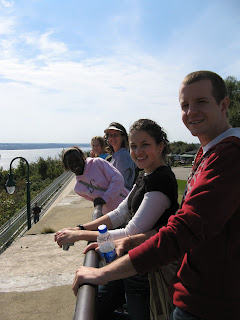 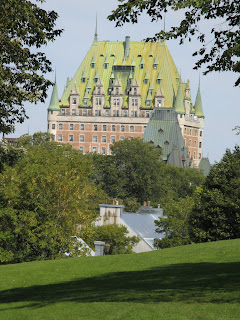 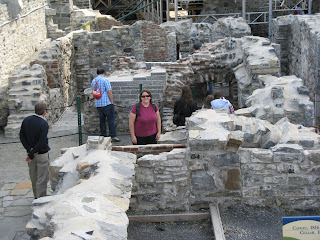 Standing in an archaeological dig directly in front of the Chateau Frontenac. Right behind me was the kitchen and huge fireplace 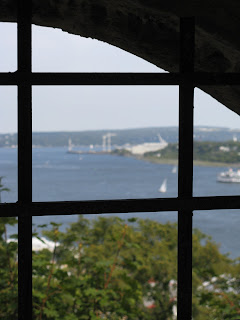 Looking out the window of the dig area to the St. Lawrence River beyond
More pictures tomorrow....
Posted by Beth at 8:23 PM 3 comments:

I Wish I Had the Words

The hill I climbed just minutes ago led me by the girls dorm. There was a girl sitting on the porch and I'm pretty sure she was wiping away tears. Immediately, I identified with her not even really knowing the cause of the tears. Its just a guess but they were probably tears of girl missing her family. I've cried those tears so many times before I know exactly how she feels and I just wish I had the words to comfort her. Perhaps its not words that I need but just the courage to offer comfort without words.
Posted by Beth at 6:38 PM 1 comment:

It is so easy to get into the habit of eating out when you have the resources and there are lots of places to go. My teacher salary allowed for this kind of lifestyle but I'm tightening up the purse strings a bit here so its back to being a regular little Betty Crocker for me. The week started off with a spaghetti surprise! I definitely won't be revisiting that dish as I had all I want in leftovers...another thing I'm going to have to be better about...eating leftovers. Then there were tuna melts...mmm. Roasted chicken with salad....very yummy. The leftover chicken got turned into Chicken Noodle soup which was delicious. Today more left over chicken got turned into a chicken salad with grapes sandwich...highly recommended if you have never experienced such a sandwich. Finally, today, I made some homemade pizza. It was great but I did burn the roof of my mouth quite badly! So there you have it, I can cook when forced.
Posted by Beth at 3:28 PM 3 comments:

For attractive lips, speak words of kindness.
For lovely eyes, seek out the good in people.
For a slim figure, share your food with the hungry.
For beautiful hair, let a child run his or her fingers through it once a day.
For poise, walk with the knowledge you’ll never walk alone.

– Audrey Hepburn
Posted by Beth at 7:58 AM No comments:

Phrases you don't want to use in French...

Today we had some good laughs at our own expense...

First there was me and you'll have to excuse the lack of accents. I said, "Il cherche son mari." (He's looking for his husband.) Not exactly what I was going for. The word "mari" sounds so much like a woman, I have a hard time associating it with a man. I'm pretty sure I was beet red by the time that was over. :)

Then there was someone else who talked about his "plusiers des femmes." (His many wives)

And somebody else who said, "Je suis facile!" (I'm easy.) Might not want to use that one very often either.

By the time it was all over, Michel, our teacher was questioning what mission we belonged to that would allow such scandalous activities. :)

There is just nothing like language blunders, to keep you humble and laughing.
Posted by Beth at 2:49 PM 1 comment: