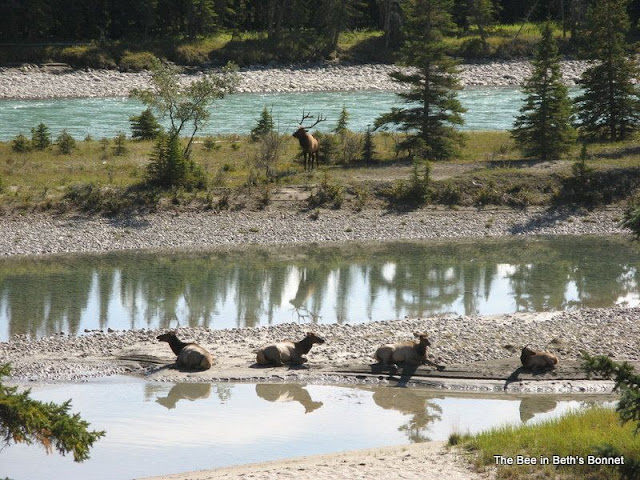 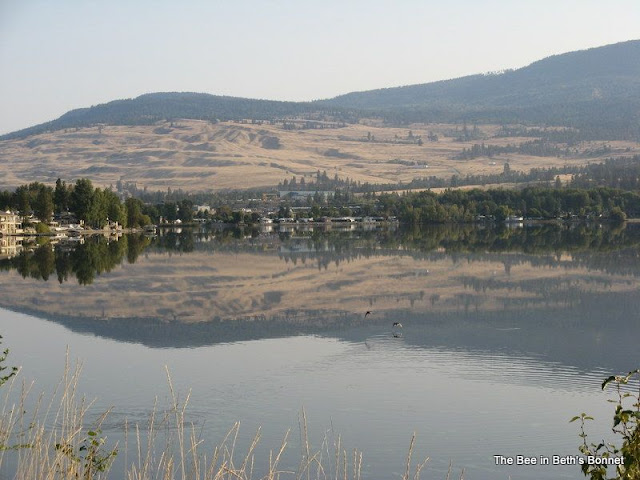 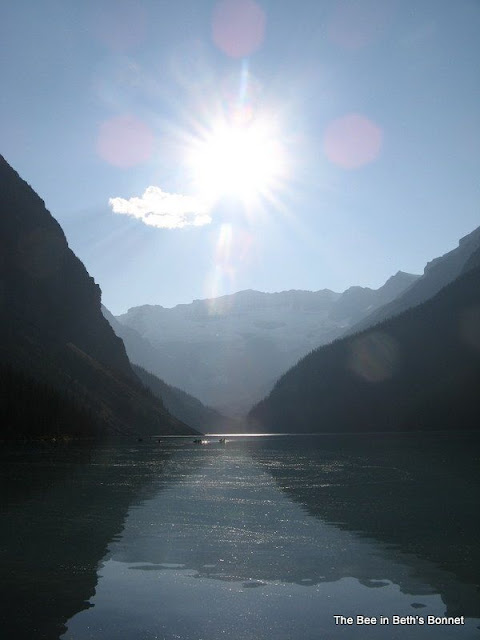 I've been thinking about history...
the history of my countrymen. 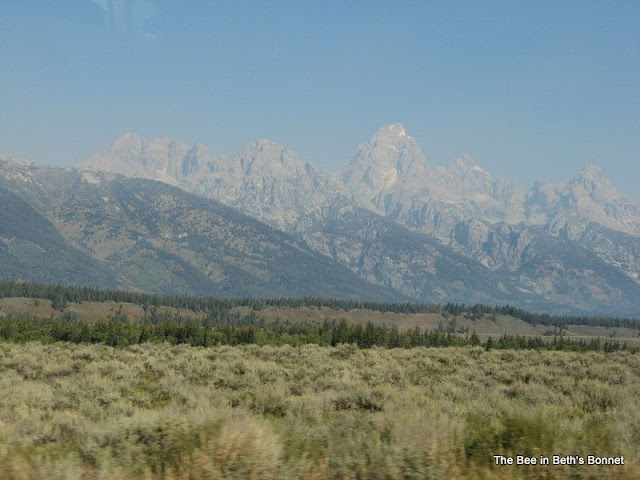 How in the world did the pioneers have the perseverance to get through all that scrub in Wyoming with their wagons?
I've been thinking about history...
invented history. 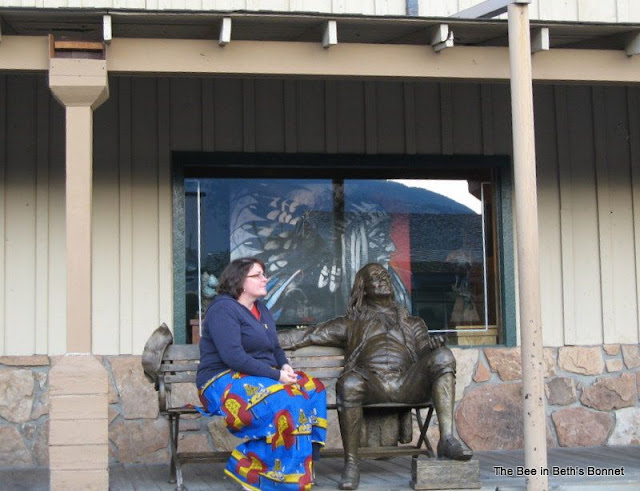 Benjamin Franklin and I hold an itriguing discussion about his role in the making of the Kennedy Bridge in Niger.  What's that you say, you don't know about that?  You better brush up on your invented history here.
I have been thinking about history...
my personal history. 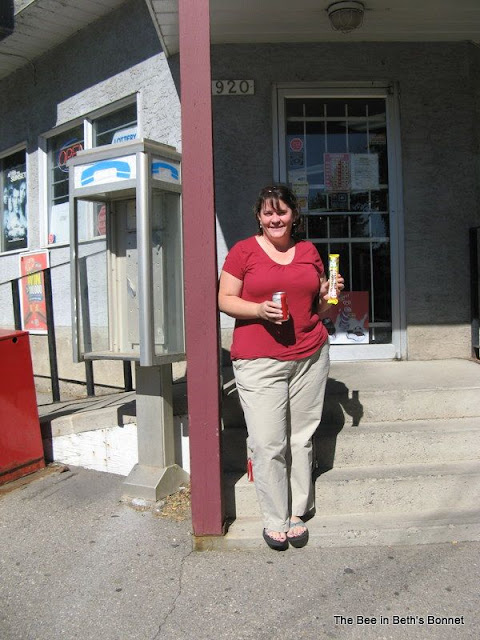 Buying coke and an O'Henry Bar in honour of my Dad at the corner store just around the corner from his house in Calgary.  When we stayed with my Grandpa & Grandma B we used to buy milk & other treats here.
I've been thinking about history...
intriguing history. 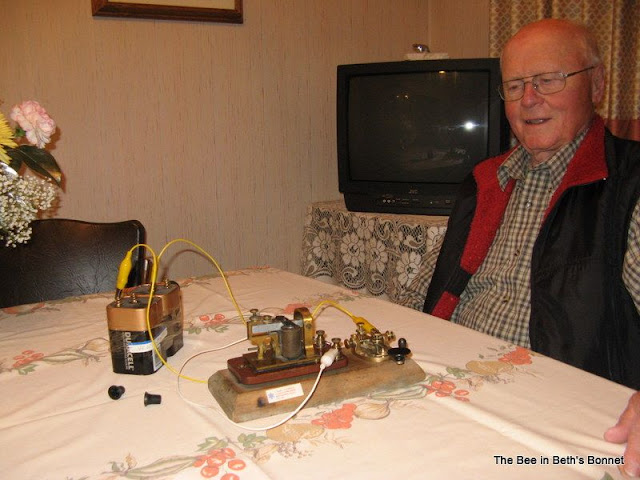 One of my Dad's cousins worked for Canadian Pacific Railway and operated the telegraph machine.  He had a machine which he showed us.  He demonstrated how it worked and then he gave me this sheet 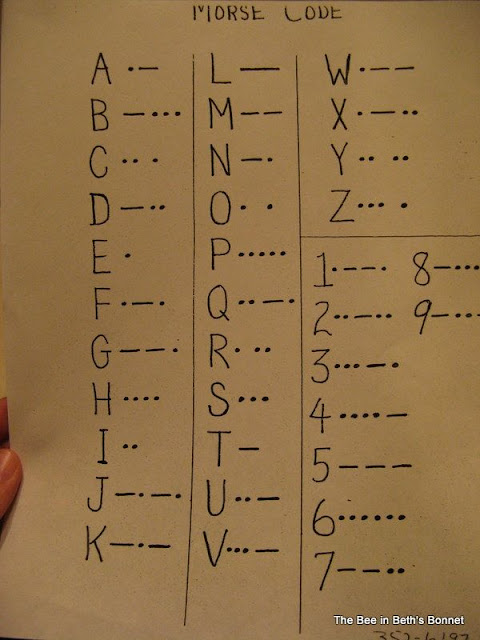 and let me tap out a message for him while he listened at the other end of the table.
My message:  I sat on a gnat.  It was amazing to see how fast he could get the words (although I was pretty proud of myself that I threw him for a loop with the word "gnat").
History -
It's personal.  It's intriguing.  It's inspiring
and
it's definitely worth studying!
﻿
Posted by Beth at 9:48 PM 4 comments:

Maybe if the water in your bathtub had been crystal clear... 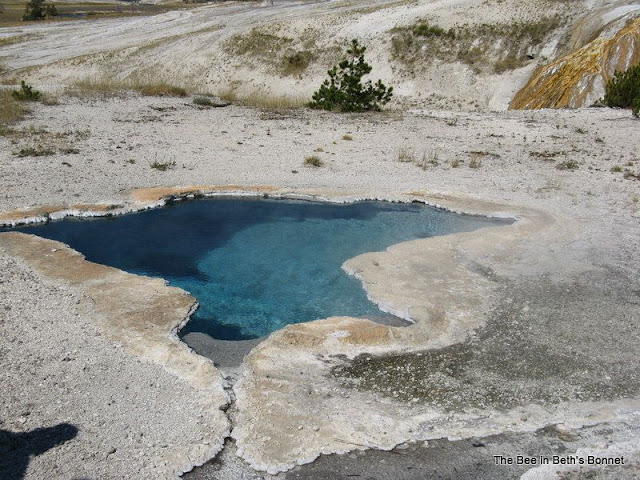 Maybe if the water in your bathtub had bubbled constantly... 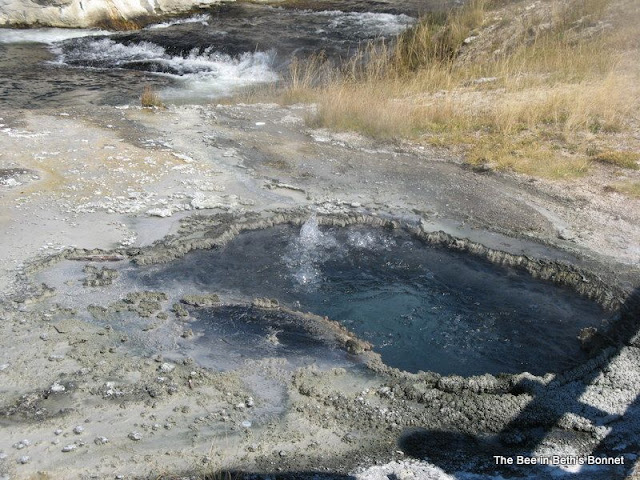 Maybe if the water in your bathtub had steamed away nicely... 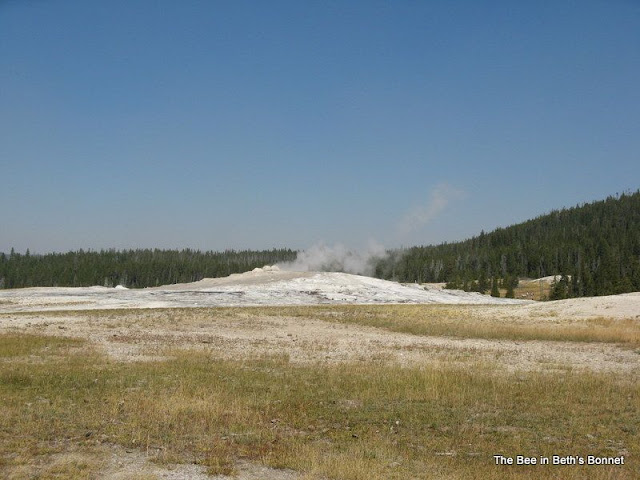 Maybe if the water in your bathtub had spontaneously erupted every 90 minutes... 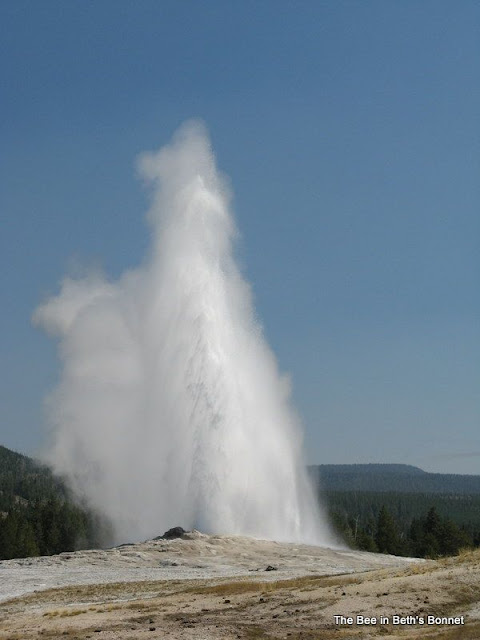 Maybe then I would have thought that smell was pretty cool.  Maybe then people from near and far would have come to see it.  Maybe then you would have had the most famous bathtub in all the earth! Just think, you could have named it "Old Faithful".  That would have been amazing!  But alas, all you had was the stink.

Hearing From the Frontline

As I travel and visit in what seems like a completely different world from that which my colleagues in Niger are living in and experiencing, the words from "home"are comforting.  They bring news and help me to know how to pray so I thought I would share some of them here with you.

53 missionaries and children were displaced.  You can go here to find out what it is like to find workable housing for all of them.

Many are overwhelmed.  This blog will give you insight into those emotions.

The floods brought an unexpected holiday from school.  The Seeming Forever Weekend will give you some insight into what that has felt like and give you a list of things that one missionary is grateful for in the midst of the seeming forever weekend.

It's amazing how quickly things have moved.  There is a new elementary building... 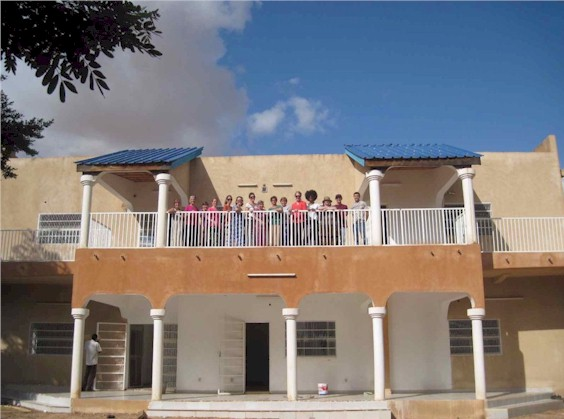 and thanks to our amazing community all of the classroom furniture and stuff is moved in.  You can read about that here.  There is also a new secondary building and moving in day is Wednesday. 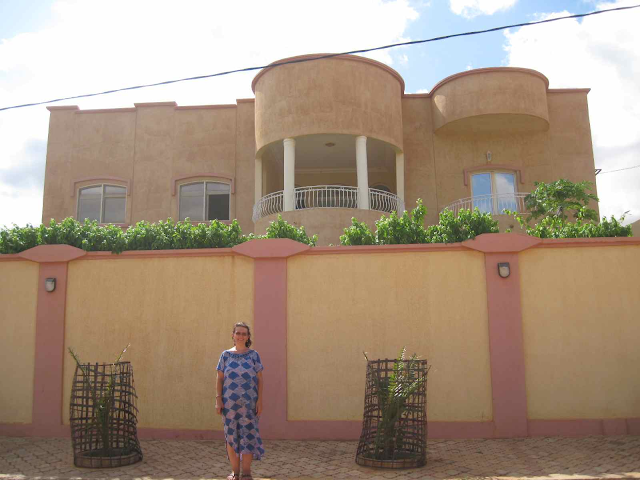 Two houses have also been rented to be the new dorms.  Today is dorm moving day so you can read this post by the Sahel dorm parents and pray for them as they move and prepare to receive their students back on Sunday. 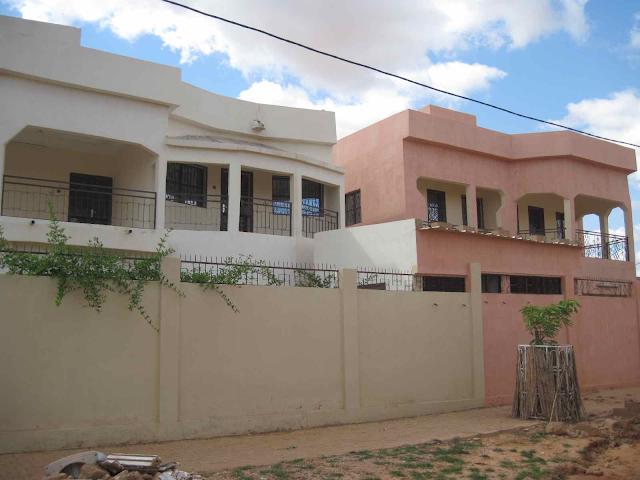 Green Valley Community Church have helped Sahel Academy in some huge ways.  It was an amazing encouragement to hear that their pastor flew out to be there during this time!  Here is a post that he wrote about what he has observed.

There you have it - News from the Frontline.  I hope it will encourage you as you pray.

I woke up and this was in my refrigerator! 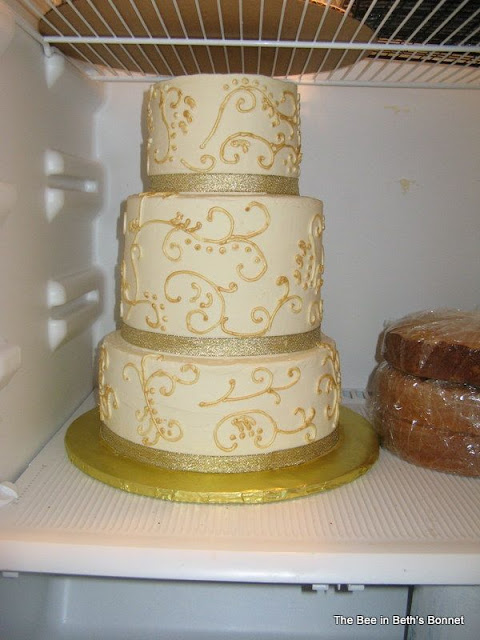 Ha, in my dreams!  It was my friend Tannie's refrigerator.
About two years ago, she started her own business called Cupcakes and More and her talent just amazes me! 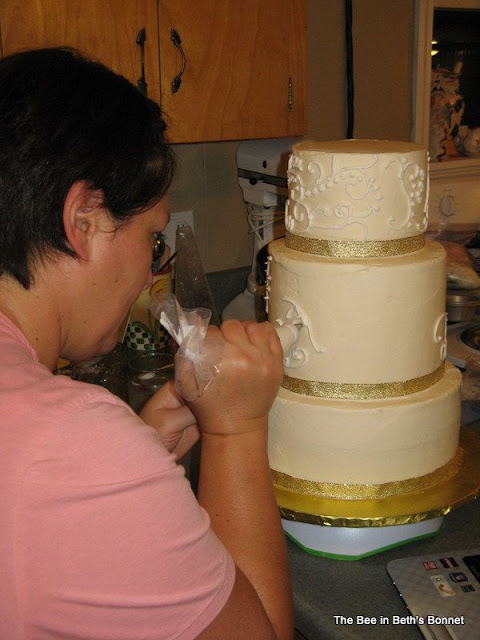 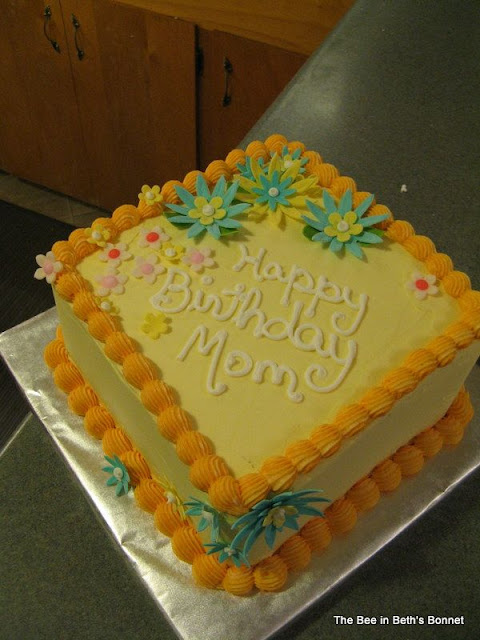 and I made the cute little turquoise and yellow flowers on this cake.  Nice, eh!
So Tannie started my long day of driving off with a laugh because she did this. 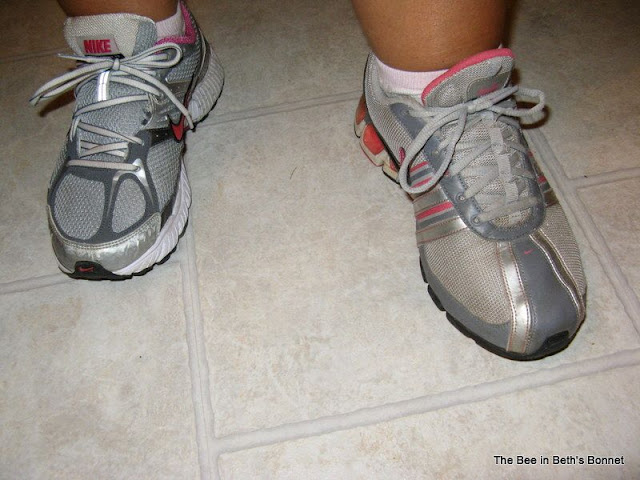 From North Carolina, it was on to Tennesee, Kentucky and Illinois and then I hit I-70.  Hurricane Isaac was sitting over the state of Missouri so when I got to St. Louis my view of the famed arch was a bit dreary. 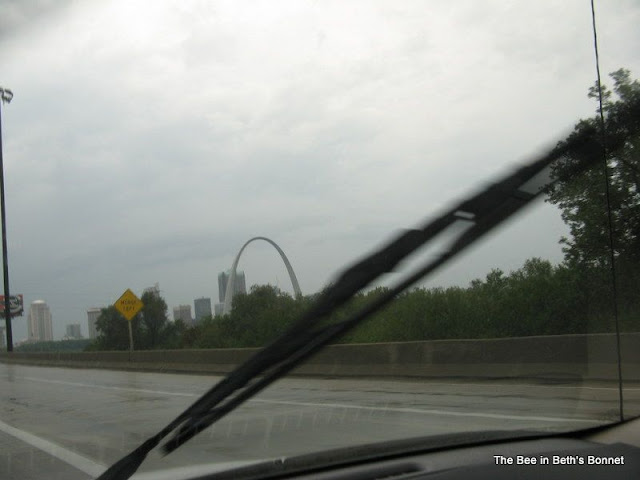 Too bad.  But there are other reasons to love the state of Missouri.  For example, while driving in Missouri, one can learn the alphabet. 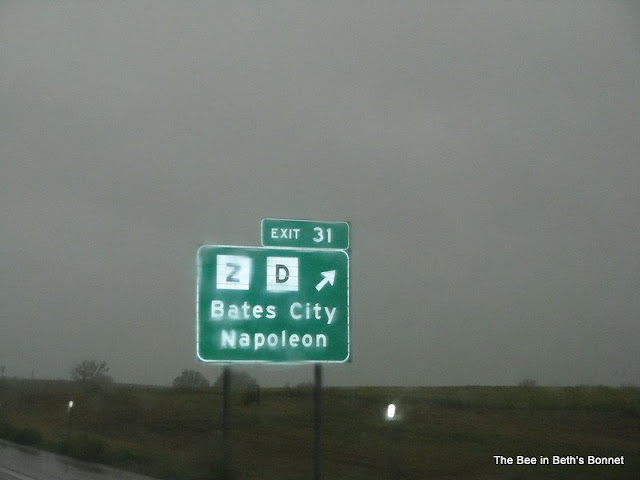 Instead of being numbered, the highways are lettered.  Perfect time to practice those ABCs! 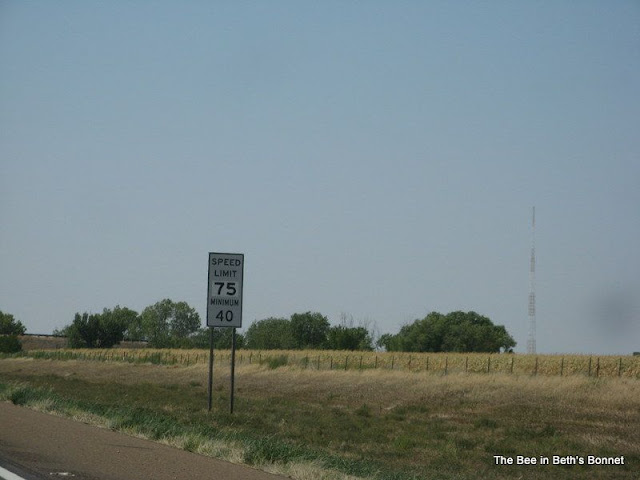 Another thing to like is guilt free driving at 75 miles an hour!
Mostly likely that would be because I-70 looks like this: 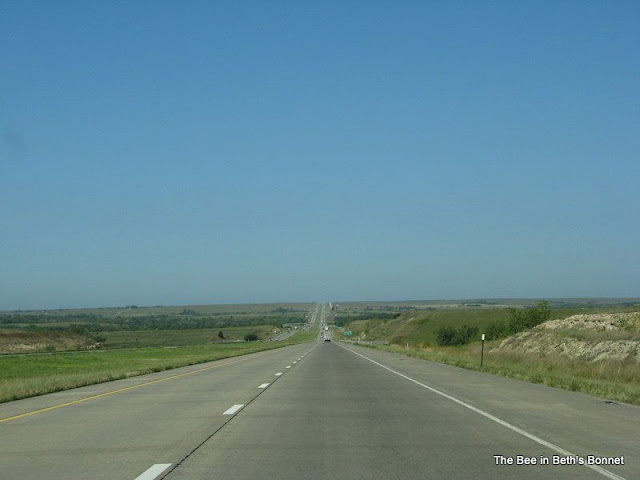 straight as an arrow.
In Kansas, you hit a stretch on I-70 that was the very first interstate to have ever been built in the U.S.  But if I'm being honest, after that there is nothing but country.  That statement would probably offend the people in Prairie Dog Town.  I seriously wonder if there is anywhere else in the U.S. with a longer stretch of interstate and no major cities.
Needless to say, I was filled with anticipation as I came over a rise and saw this view. 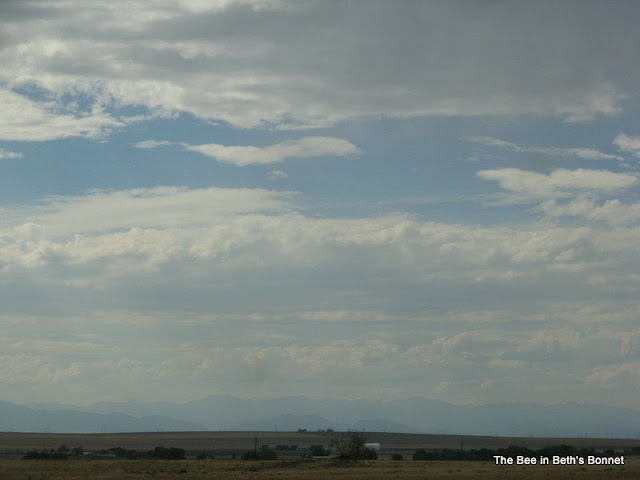 Look at those glorious Rockies in the background!  And at their base, in the city of denver a visit with Rhonda awaited me. 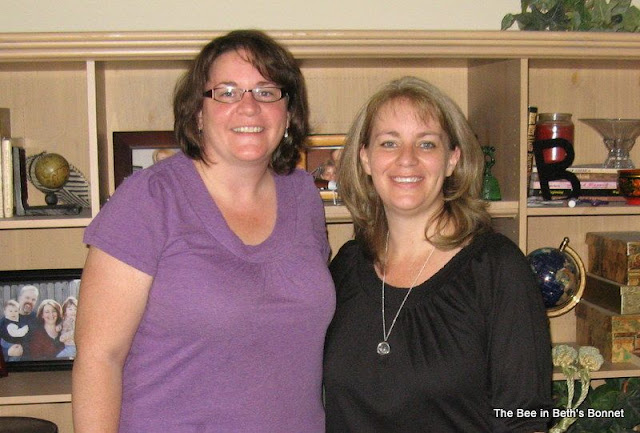